Genghis Khan was the founder and first Great Khan of the Mongol Empire. He conquered many lands and was ever defeated on the battleground.

In Legend of Empress, Genghis Khan becomes an Epic Guard defending for the team.

Genghis Khan is a Guard. He can take massive DMG in the front and cover his teammates while launching a powerful attack on the enemy. 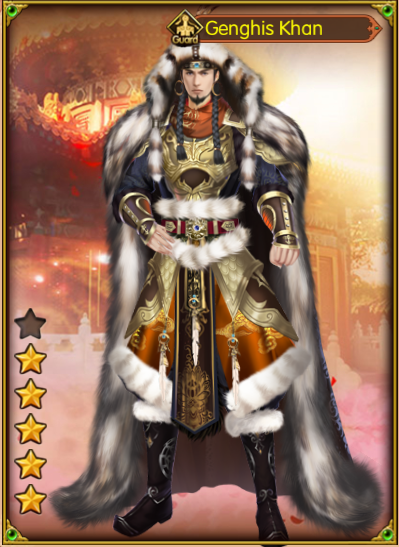 Heavenly Pride: Genghis Khan deals damage to a single enemy, and gives himself a 2-round buff which allows him to deal 30% damage to a random target when he performs basic attack. 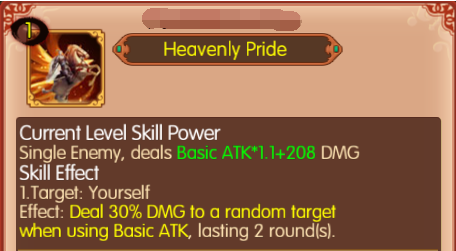 Merak Set or Unity Set is highly recommended for Genghis Khan. In addition, Grandeur Set is also a good choice. 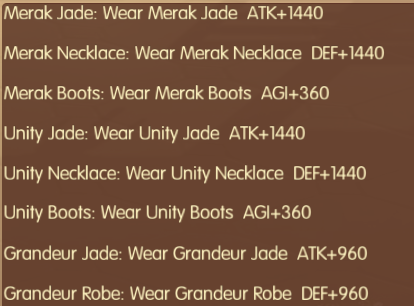 ATK and DEF are must have attributes for a guard like Genghis Khan. AGI is also a very useful attribute for Genghis Khan, which allows him to trigger his skill buff more frequently.

HP, DEF, and RES gems are essential for a tank, they can guarantee his survive under heavy attack. ATK and AGI can improve his damage, give your team more advantages in battle.

Here is an example for Scholar in Halberd Formation: 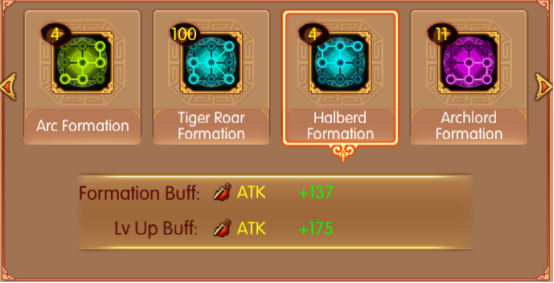 In the front, Genghis Khan teaming up with Ying Zheng could take most damage and activate the Palace Destiny with DMG +8%; In the back, Three scholars could deal tons of damage to the enemy. 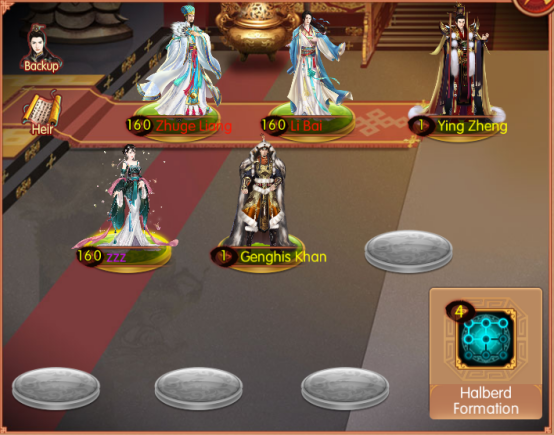 With Genghis Khan and Ying Zheng guarding our back row heroes, this line up could have very high DPS.

Here is Yuexiu's opinion for reference. It's your choice to embattle your team as you like and boost your heroes' might.

As a guard, Genghis Khan performed very well at both ends of the attack and defense. He can surely be a powerful addition to your team!