Ying Zheng was the first emperor in Chinese history. He unified the six countries, founded the Qin Dynasty and built the Great Wall, which had a far-reaching impact on later generations.

In Legend of Empress, Ying Zheng becomes an Epic Chef to serve your highness.

As a Chef, Ying Zheng has high DEF and can reflex damage to his enemy. 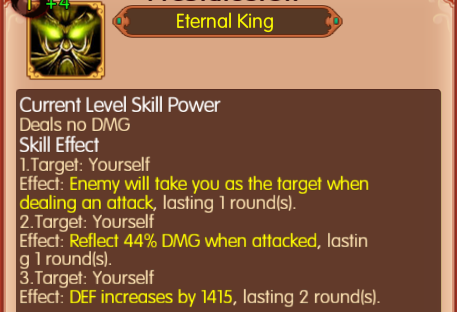 Merak Set and Bliss Set are the best suited sets for Ying Zheng. Royal Set is also a good choice. These Sets can improve his HP, DEF, and RES, make it more difficult to kill him. 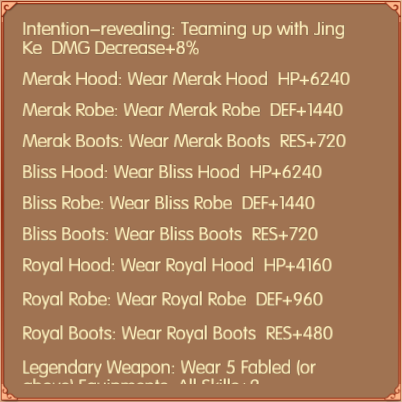 Defensive gems such as HP, DEF, RES, DEC, and AGI gems are highly recommended for Ying Zheng, for these gems can greatly enhance his defensive ability and guarantee his survival on the battle field.

Here is an example for Scholar in Sword Formation: 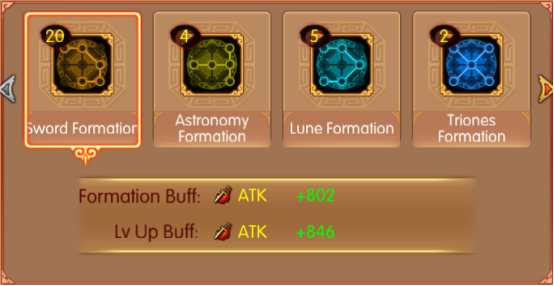 Chef Ying Zheng teams up with Guard Genghis Khan and Physician Liu Che on the front line to draw enemy attack and protect the back line; Scholar and Shimin deal damage on the back line. This lineup can activate the Four Great Kings Destiny and the Supremacy Destiny, which offer Ying Zheng a bonus of all skills+4 and HP+18%. 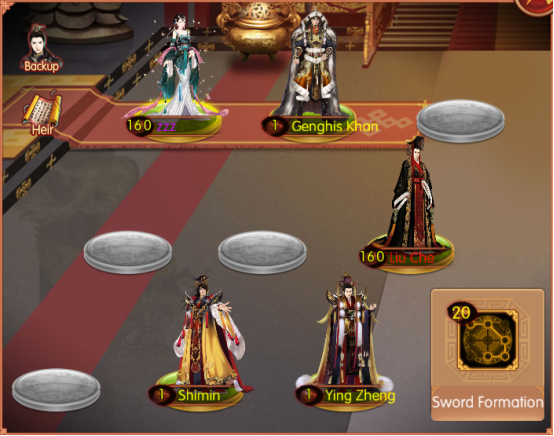 This lineup has tough defence and decent damage dealing at the same time. Command four great kings, let them fight side by side under your highness' order, and no enemy would stand a chance!

If your highness need a strong front line hero, then go and recruit him!