The Baby Chick was very cute when it was born with an egg shell on it. It may seem weak, but those who underestimate it will definitely pay the price.

The Baby Chick has extremely high ATK quality. Of the six pets in Legend of Empress, it is the only one who has three Epic active skills. If you want a high DPS pet, It is no doubt your best choice.

When your highness adopted a Baby Chick in the wild, it is highly recommended that you refine it and increase its overall assessment to Epic or above before actually cultivating it. Refining a pet is likely to give it high growth points and makes it easier to increase its might.

The Baby Chick has the highest ATK quality of all pets. Compared with Bunny, another DPS pet, it is better in HP, DEF, and AGI. 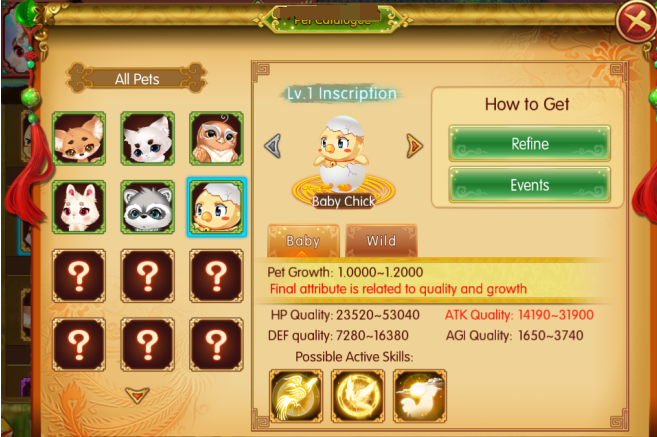 All of the three Epic skills of Baby Chick are powerful skills which deal enormous damage to the enemy.

Standing Rooster: Deals DMG to vertical enemies and decreases their Max DEF by a certain percentage.

This skill targets vertical enemies, deals damage and decreases enemy defence at the same time. If we have a vertical targeted DPS hero in our team, we can deal tons of damage to enemies with this skill. 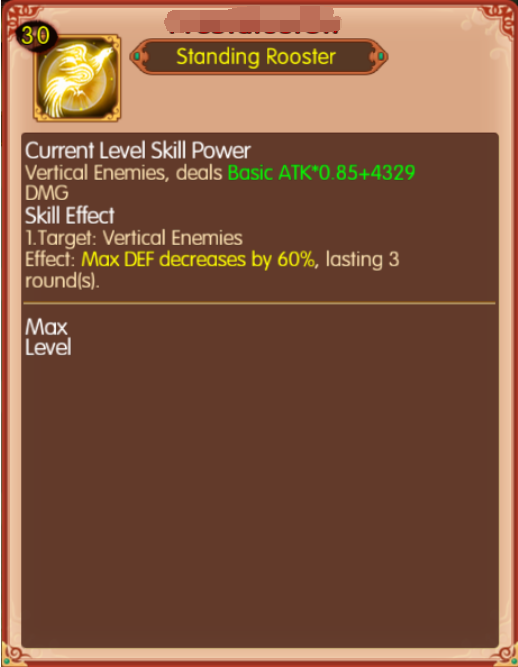 The poisoning damage caused by this skill is considerable, and it is very effective against non-immune enemies. 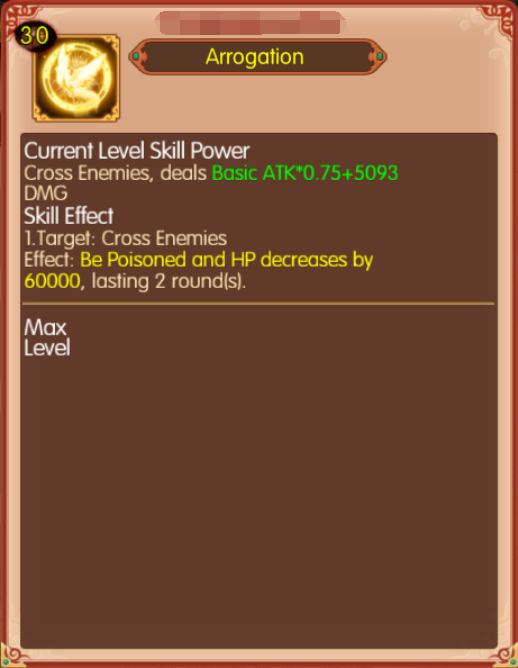 Crowing Rooster: Deals damage to horizontal enemies; target enemies will be possible to die immediately once their HP drops to a certain percentage, lasting 2 rounds.

The instant death effect of this skill is very powerful, but because it is not triggered 100%, you may need some luck to make the skill effect. 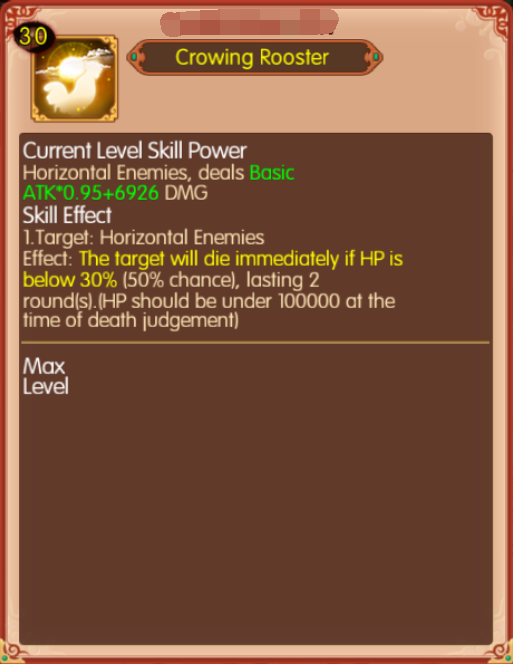 These three skills each has its own features, you can choose which one to use according to your lineup. Standing Rooster provides stable damage boost, Arrogation provides considerable poison damage in the latter period, and Crowing Rooster kills the enemy immediately, but it takes some luck to effect.

Since studying new skills may cover Pets' existing skills, it is suggested that your highness should first use lesser and medium skill books to learn seven skills, then cover them with advanced skill books.

Your highness can use lock marks to lock the pet's passive skills. The locked skills will not be covered by new skills.

ATK spirit is the first choice for Baby Chick. AGI spirit is also recommended, because it allows you to release Chick's skill faster. DEF spirit is another alternative choice which could increase its survival rate in combat. 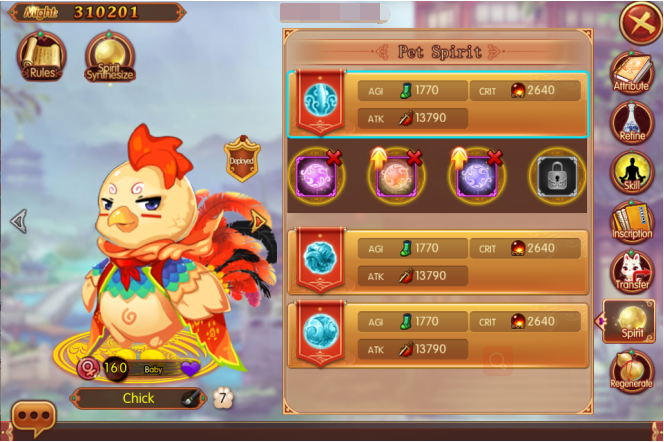 Your highness can train another Baby Chick or a Bunny to put into the Reinforce and support the deployed Chick.

The best position for Chick is the back line, it can deal damage to enemies here without being heavily attacked.

As a powerful pet, Baby Chick could be your helpful companion in combat. Go adopt one now!