Lu You was an infamous poet who lived in the Southern Song dynasty. He was very talented, wrote nearly 10,000 poems in his life. Although his career in the court has been frustrating, he has always been concerned about the country, and his noble patriotism has been praised by the nation for generations.

In Legend of Empress, Lu You becomes an Epic scholar. Please allow Yuexiu to introduce this gentle poet to your highness.

As a scholar, Lu You deals tons of DMG to enemies from back line. He also seals enemies’ skills and decreases their ATK and DEF. 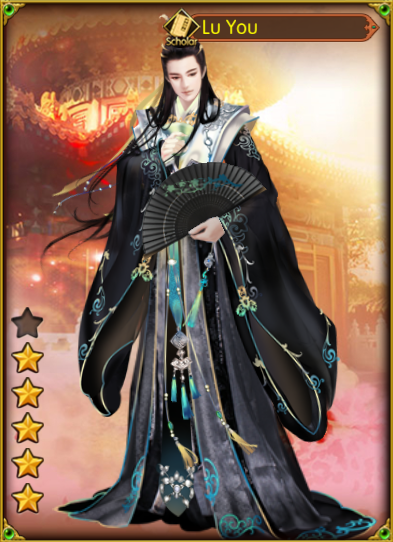 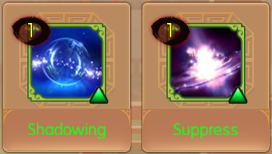 Serenity set and Grandeur set are highly recommended for Lu You. They both provide ATK, ACC and AGI, which are very helpful to boost his DMG dealing ability. Especially the AGI attribute, which allow him to sooner release his active skill in combat to suppress enemies. 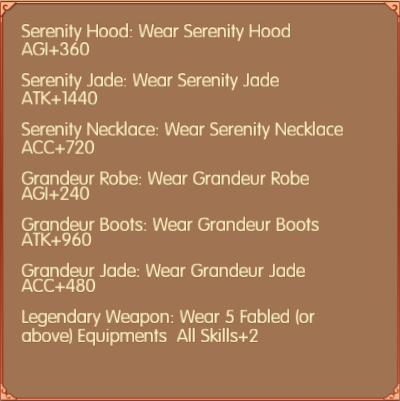 These gems increase his DMG dealing ability and accelerate his skill release.

Here is an example for Scholar in Crane Formation:

Prince JIng and Zhen Ji take most of incoming DMG at front line, Lu You and Scholar constantly deal DMG to enemies, and Diaochan provides control effect for the team. The enemies’ DMG can be hugely decreased by the silence effect of Lu You’s skill and stun effect of Prince Jing’s skill.

This lineup has strong control effect and decent damage dealing at the same time. 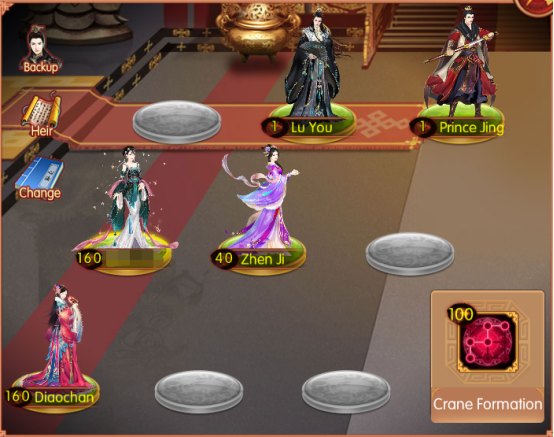 Lu You is really a powerful hero, go recruit him to your team now!